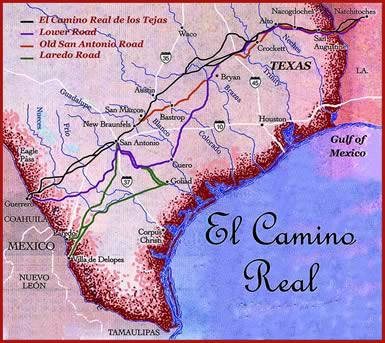 Designated as a National Historic Trail in 2004, El Camino Real de los Tejas (Highway 6 in Louisiana and Highway 21 in Texas) has existed for more than 300 years.

The Spaniards and the French that marked the trail were followed by such men as Moses Austin and his son Stephen Fuller Austin (The Father of Texas), Jim Bowie, Davy Crockett, Sam Houston, and early missionaries of multiple faiths.