Settlement of New Iberia: Plaque in front of Civic Center in New Iberia 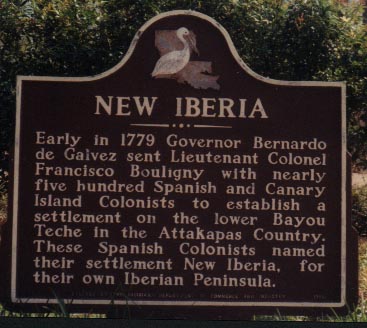 Plaque at Spanish Lake (N. of New Iberia on the way to Lafayette) reads:

First known as Lake Flamand for Jean B. Grevenberg, one of the earliest sedttlers in this area; called Lake Tasse by the French because of its round cup shape, later known as Spanish Lake for the Seguras, Romeros, Villatoros and others who lived by its shores.